Neurodiversity in the Classroom

Neurodiversity in the Classroom

I remember, early in my teaching career, sitting in a one-day workshop on Autism Spectrum Disorders.

“Remember,” the lecturer was saying, “These kids need routine and structure.  Interruptions in the usual schedule can cause them great anxiety.  They need things to be as predictable as possible.”

Having recently attended a workshop on ADHD, I raised my hand.  “So, you know how they say kids with ADHD need novelty and excitement to keep them alert?  Um…what if you have both types of students in one class.”

I thought I had met that particular challenge that school year.  It turned out, though, that the kids who had seemed so different that year were really not very far outside one standard deviation from the norm.  In retrospect, I was dealing with ADHD and ASD light.  The real challenge came last year.

I was teaching Algebra at a school for kids with special needs.  I had a group of really bright, mathematically advanced students whose various diagnoses and issues miraculously mostly avoided math.  We were teaching using Making Math Real, so even though some of these kids would have struggled in a typical math class, the instruction really allowed them to tap their skills.  Awesome, right?  What could go wrong? 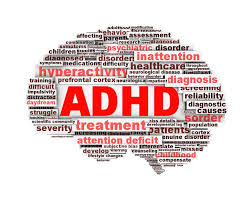 Well, one of these kids had as severe a case of ADHD I’ve ever seen.  Way above average in critical reasoning, funny, charming and unable to sit at a desk for more than a few minutes, Francesca* loved math, hated homework and often kept her medicinal patch off til mid-morning so she could enjoy being really bouncy for part of the day.  Francesca picked up new lessons so quickly, you would have sworn she had learned it the day before.  My general approach with her was, as long as you are working quietly, you can do what you need to keep yourself focused.  Often this meant moving from a spinny chair to the ground, to under the counter in the space where chairs could be tucked in, to somehow balancing on an exercise ball upside down and resting her work on the floor.  (don’t ask me how; I never did figure it out.).  It made sense to me that her brain just needed a lot more stimulation that neuro-typical kids’ in order to stay alert and functional. 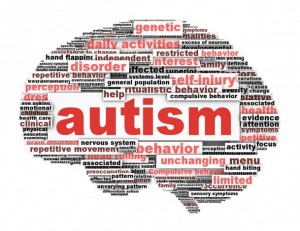 To say that another of the students was the polar opposite would be understating the case.  Lorenzo* was older than Francesca, and had classical high-functioning autism.  His thinking was rigid.  He loved rules.  He suffered great anxiety when faced with the unknown (like, say, at the first lesson of every single new concept). Francesca grasped math concepts quickly, but chafed under the requirement to show her work.  Lorenzo, on the other hand, nearly panicked at a new concept, but once he got it, he wanted to write down every single step, every single time, even when I introduced him to “legal” and shortcuts that I encouraged.  Where Francesca hated having to find math facts in her head, and would often make those little, careless errors that are the bane of every ADHD mind, Lorenzo knew every single math fact cold and could plow through numerous homeworks and tests without ever making a mistake.  I’m talking much higher accuracy than yours truly.  In fact, we had to have many a conversation when he did miss a few points on a test that an A- or even a B+ was totally acceptable.  “No!”  He would say, “100% is acceptable.  Maybe 96%.  Anything less is failure.”  Francesca, on the other hand, was more of a “You know what I meant.  Can’t you give me the point anyway?”  kind of a girl.

Ok, you get the point: these kids were diametrically opposed to each other, fire and ice, night and day.  And did I mention I had them in the same class?

“Why is she sitting on the floor?” Lorenzo asked in his slightly staccato voice.  “People don’t sit on the floor.  They sit in desks.”

“Why is he bugging me?  Lorenzo, are you trying to get me in trouble?  Leave me alone!  Geez.”

My first reaction was to curb Francesca’s behavior on the grounds that it was upsetting Lorenzo.  But if you think she’d quietly start sitting at her desk just because it would make Lorenzo happy, well then I haven’t explained her enough.  Then I figured I could just tell Lorenzo not to look at her, since she wasn’t hurting anyone, but, if you’ve ever told a rigid-thinking, anxious, kinda OCD kid to “just ignore” something that is bugging him, you know how well that worked.  And since the school works really hard to teach perspective-taking and social thinking, I finally decided to just get it all out in the open.

“That sounds so boring,” Francesca opined.

“But why would she sit on the floor.  People don’t do that.”

Obviously, this was going to be a work in progress, but we did keep talking about it.

“Look, you guys.  Let’s say we were still living in caves.  Our tribe would need people like both of you to survive.  Lorenzo would be the one to say, ‘Remember, it’s time to collect firewood so we survive the winter.  We need to make sure the fire never goes out, even if that means someone has to watch it all the time.’  And Francesca would be the one to say, ‘Maybe there is a warmer place to go where we don’t need so much firewood.’  With both of them there, we’d have a much higher chance of surviving.”

Now, here is the craziest thing.  On those first days of a lesson, when Lorenzo was almost panicky with the feeling that he didn’t understand, guess who could usually calm him down and explain things to him?  The teacher who had years and years of training and experience?  Ha!  The 13 year old with extreme ADHD, of course.

One day, when Lorenzo just was not grasping why you would have to do the order of operations twice if there was a parenthetical part of an equation (the first time to clear the parentheses and the second time to take care of everything inside the parentheses) Francesca stopped me.

“I got this, Diana.”  She took a post-it note and put a short equation on it, showed it to Lorenzo, and then folded it into her shirt, making a pouch.  She put a second post it note on the outside of the shirt pouch she had just made, and talked Lorenzo through solving the outside post-it note to open the pouch, and then literally opened her shirt fold so that the inner post-it note fell out.  “No way,” I was thinking, “this is way too metaphorical.  Lorenzo is too literal to get this.”

“Got it?”  Francesca asked.

“Oh.  Now I get it,” Lorenzo said.  And he proceeded to do the rest of the homework flawlessly without a hitch.

“Told ya,” she said when I high-fived her and wrote her the note she requested telling the world she was able to teach Lorenzo when I was not.

So, yes, neuro-diversity is a challenge in any classroom.  And it can be a big, recurrent challenge.  But it can also be a doorway into some really important conversations and a wonderful learning opportunity to boot.  Especially for the teacher.

*all student names have been changed 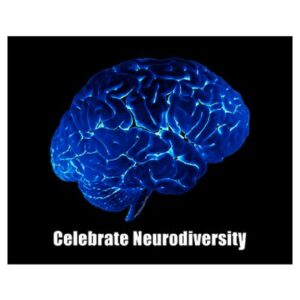