You Don’t Have to Like It: Explicit Teaching about Life

You Don’t Have to Like It: Explicit Teaching about Life 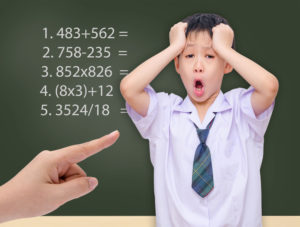 This may shock you, so prepare yourself. You may want to sit down. Ready? Here goes: not every student I work with is thrilled to spend 50 minutes with me after school working on the most challenging, difficult areas they have. I know! Weird, right? Who knew?

One of my more, um, resistant kids—we’ll call her Alice—often spent a good amount of our sessions trying to convince me that she a) didn’t need to be there at all, b) certainly didn’t need to work on this particular skill, and c) would clearly not learn anything from this particular activity. Most of my attempts to present our work through games were met with a skeptical, “I bet it isn’t really fun.”

Now, I don’t know about you, but one of the aspects of my work with students that I find the most rewarding—and I almost hesitate to mention this because it doesn’t sound very altruistic or noble—is that mostly they like me and enjoy at least most of our work together. One time I even had a mom report to me that she asked her daughter if she’d like to skip our session on her birthday, and the student actually said no! How ego-gratifying is that?

On the other hand, I (or at least the more grown-up part of myself) am dedicated to working with all kids, meeting them where they are, and giving them a safe place to express their whole range of emotions, even the more challenging and less gratifying ones. As the daughter of a mom with narcissistic personality disorder, it has been a super important goal for me throughout my life because I know how damaging its opposite is.

Back to Alice. One day, Alice had been particularly squirrely and argumentative. Dad had been listening in the waiting room and apologized at the end of the session.

“She was kind of disrespectful today. Do you want me to have a talk with her?”

“Nah,” I said, chuckling. “I don’t mind. Although, you may want to talk to her about the whole having to do some things some times that we don’t like concept.”

Alice was, firstly, a kid, and secondly had the further challenge of being mildly on the autism spectrum. These kiddos tend to lack the inference skills to pick up unspoken behavioral expectations. What neurotypical kids seem to learn by osmosis, kids on the spectrum need explicitly taught.

One of the expectations that Michelle Garcia Winner, creator of Social Thinking, explicitly teaches her clients is the inevitability of Boring Moments and the expected behavioral reaction: the Social Fake. I suggested to Dad that it might be worth telling our almost second-grade imp that sometimes we just have to do things we don’t like.

The fact is, none of us is totally engaged and totally entertained all the time. But here is the thing: the expected behavior in that situation is to pretend we are interested. We nod our head and smile during the faculty meeting or our spouse’s detailed account of the latest football game or RomCom even if we are really thinking about dinner what to watch on TV later. As adults we know this (well, most of us do…), but it is worth being explicit with our students about this expectation if their behavior shows you that they never got that memo. 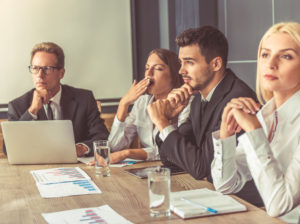 For example, one day a few years ago at a school for kids with learning disabilities, including ASD, in my Algebra class, we actually had to have a lesson on how to stifle a yawn. This was after one of my high schoolers—we’ll call him Ryan—leaned back in his chair, arms outstretched over his head, did a full-body stretch and roared a yawn. While I was talking. (Now, I’m sure many of you hear the word Algebra and immediately empathize with him, but we still need to teach social skills, even in math class.) I had to tell him that his behavior communicated that he was bored with me and what I was saying, which made me feel bad, and could even be interpreted as disrespectful. Why? he wanted to know. It was just a yawn and everyone needs to yawn now and again.

According to Ross Greene, author of The Explosive Child, Lost at School and Raising Human Beings, “Kids do well if they can…Kids with social, emotional, and behavioral challenges lack important thinking skills.” This truth transforms the job of the adult from making the child behave correctly through rewards or punishment to analyzing what skills or knowledge the child is lacking and remediating that lack.

Thus our explicit lesson on a) what a yawn communicates, b) the inevitability of Boring Moments, c) the behavioral expectation of the Social Fake and finally d) how to stifle a yawn. What if I had yelled at Ryan for being disrespectful and kicked him out of class? Which reaction had the highest likelihood of keeping him from yawn recidivism?

Thus why I wanted Alice’s dad to focus not on “being disrespectful,” but on the inevitability of sometimes having to do things we don’t like.

Of course the proof is in the pudding. Alice’s behavior did improve (for a year or so). Interestingly, the next time Alice and I met, she interrogated me about other students I had had and what they worked on and why. I happened to tell her that one time I worked with a girl who didn’t need much help, but whose Mom was concerned that she hated math. Even though she was getting B’s, her mom took her to me so I could fill in any gaps, bolster her confidence and keep her from being another girl-who-hates-math statistic. Alice looked confused.

“Yup. She was actually pretty good at it.”

“Well, you don’t have to like everything, as long as you do it.”

Alice had gotten the memo.