Wise Women of the Association of Educational Therapists

Wise Women of the Association of Educational Therapists

Yeah, I said women. While the language is gendered and maybe exclusive, I want to tell you why I’m sticking to it.

Most of the members of the Association of Educational Therapists (AET), like the majority of the members of the teaching profession, and of the helping professions in general, are women. While this is changing some, and while men are definitely invited, encouraged and important, this fact is undeniable. Looking back to the founders of our organization and the historical time period in which they founded us, this was even more true. 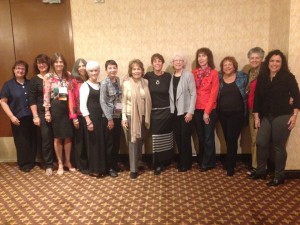 A small sampling of the wisdom

For a long time–much longer than I care to admit–I was mildly embarrassed about this fact. I mean, I had started calling myself a feminist when I was in fourth grade and co-founded LIWA, The Liberated, Independent Women of America with Jenny Ramo–complete with our own cheer, which we would use to drown out the cheer of the de facto all-male group self-named the MEAT Machine. I don’t think MEAT ever stood for anything, and I don’t think its members were aiming to found an all-male, anti-female club, but they had, and we fourth grade “women” responded strongly. Hey, it was 1979–coincidently, the same year a group of dedicated “tutors,” who specialized in working with kids with learning disabilities using a clinical teaching model, decided they were practicing a profession that didn’t exist yet–so they invented it, and founded an Association to support themselves and define and develop their new profession. 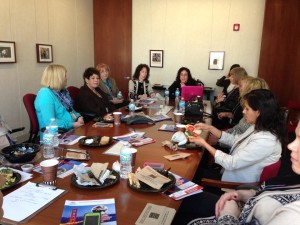 women of AET planning the next National Conference

And I have maintained the identity of feminist ever since, nourished by the Women’s Studies classes in college that almost constituted a minor (except I already had two different majors, so how many more requirements could I fill?), and the focus on Women’s Literature in Grad school. And then, somehow, I ended up in one of the most traditional and most female of the traditionally female-dominated professions. “But you could do so much more!” my mother cried when I first told her of my plans. Uh, oops?

But I just returned from a leadership retreat of the Association of Educational Therapists, and I have to say, I am done with embarrassment. In fact, I came away proud as hell to be included in this group of truly kick-ass women.

Because I’ll tell you something. Yeah, we all care about kids and are helping others and are filled with empathy and lean towards collaboration rather than competition, and pay attention to the social and emotional needs of our kids in addition to their academic ones, just like you would expect from a group of women.

But you know what else? We are a group of strong, independent business owners who became self-employed decades before the word “Edu-preneurs” was ever dreamed up. We are a group with literally hundreds of years of collective experience in the best practices in education, informed by linguistics, psychology, and speech and language therapy. We know neuropsychology and throw around terms like “amygdala,” “hippocampus” and “pre-frontal cortex,” with ease. We have written exemplary by-laws and created impressive organizational structure. We have streamlined and optimized and collaborated and strategically planned. We integrate timeless best-practices with research-based innovation. We think in terms of stanines and standard scores and standard deviations and norming samples and valid and reliable instruments. 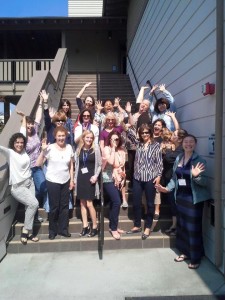 Wait, was that wise women, or wild women?

We were asked what a member of AET looks like, and words came up like, “professional,” “ethical,” “smart,” “savvy,” “dedicated,” “best and the brightest,” “intelligent,” “impressive,” “inspirational,” “cutting-edge,” “current,” “highly educated.”

And yes, traditionally feminine words like “empathetic,” “supportive,” “collaborative,” “tolerant” and “open-minded.” And I’m done apologizing for those traits as well, because they are part of the way we kick ass. We come from a mindset of abundance, not scarcity, so when a newly graduated educational therapists asks a question, everyone is eager to share their hundreds of years of collective knowledge and wisdom and experience. We cultivate leadership. We bring people out of the isolation of their offices and classrooms and connect them with a group of supportive, highly trained, experienced colleagues who are eager to share business practices or marketing tips or the latest brain research on autism or reading development.

So men, if you think you can keep up, we are more than happy to invite and include and support you. And for now, I am going to write about my deep gratitude, appreciation and respect of the wise women of AET.