“Do not keep children to their studies by compulsion but by play.” – Plato

Break is over and you promised yourself you’d prep some fun new game before you met with your students again, but time got away from you and here you are, with minutes to prepare something fun for your student to do after your warm up and phonics lesson. You look at the list of words you want your kiddo to practice for drill, and at your flashcards of sight words. Maybe it’s not too late to “make” a game, after all.

Transforming a Reading Drill Sheet into a Game 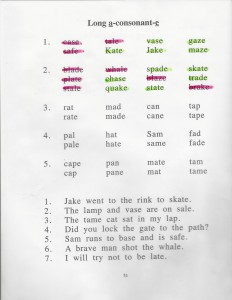 Angling for Words drill sheet… Magically transformed into a game!

If you have either a paper-protector sheet and two different colored expo markers or two different colored highlighters and a die, you are in luck. Let your student pick a color expo or highlighter, and pick another color for yourself. The rules are simple: each player roles the die, and whatever number they get, that is the number of words they have to read. As they read them, they highlight them with the expo on the sheet protector or the highlighter on paper. The next player does the same. Play continues until all the words on the page are read. Whoever has the most words in their color wins. Voila! Your boring old drill sheet becomes a game.

Variants: One of the kiddos I have played this with introduced this expansion: our sheet, from Angling For Words, was organized in sections of five columns of four words each. If a player read all four words in a column, then they got an extra point. 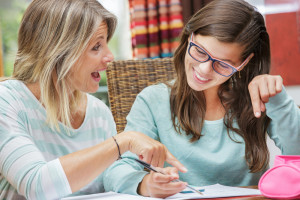 Who can read the word fastest?

Another kiddo was spacing out while I was reading and was getting anxious that I might win, so I introduced the rule that on my turn, if he could read the word faster than I could, he could steal it from me. He soon was racing me to read every word, and the die became almost irrelevant.

Transforming sight word (or any other) Flashcards into a Game
Ok. Now it is time to review sight words. Your student looks at the pile of flashcards and groans. This again?

Never fear. Of course this isn’t the same old flashcard drill we’ve always done. It’s a game (with no prep or props–bonus!). Spread the cards around on the table so they are all facing up and readable. Put your hand up in the ready position and then…say one of the words. Whoever slaps it first gets the word. Whoever has the most words when all the words are gone wins. Voila! Game number 2.

Variants: Have the child read the card and race to slap it, or switch off who reads a card.

For kiddos just learning the sound of the letters, spread the letters of the alphabet on the table and race away.

For kiddos working on vocabulary, spread the vocab cards around and call out the definition and see who has the fastest slap.

Transforming a Word Sort into a Game A 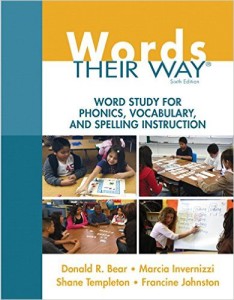 So, you have a word sort (see Words Their Way for background on words sorts) comparing two or three spelling patterns. Let’s say short A words and long A words. Your student sorts them, reads them and discusses any patterns they notice. Then what?

If you have a timer or clock (or iPhone nowadays), have the student do a speed sort. The first one (which will be their second time sorting the words) is their baseline time. After they sort and read it as fast as they can, have them do it again to see if they can beat their time. If you get a really competitive kid, s/he may want to sort and read upwards of five times. But even for less competitive kids, you can usually get two or three repeat sorts out of them.

Transforming a Word Sort into a Game B
Maybe your kiddo doesn’t want to do a speed sort, or you still have time for a game after they have finished. If you have prepped a game board, you are golden. Otherwise, what to do?

Shuffle all the cards together and cut the deck in half. You get half and your student gets half. Keep them faced down. On the count of three, you each turn them face up in between you (try to make sure both words face them). If they are the same pattern, whoever slaps the pile first gets the cards. If they are a different pattern, you don’t slap and the cards stay in the center pile, to be picked up the next time someone wins a pile. Whoever wins a pile has to read the top two words and state the pattern, which may be as simple as “a blank e” or more complex, like “double the consonant/ e-drop” if you are working on suffixes, or “open syllable/ closed syllable” if you are working on syllabification.

Warning: the more different patterns in the sort you have, the less fun the game gets because the less often the two cards are the same. I just played it with a word sort with or, ar, er, ir, and ur, and we only got to slap two or three times the whole game. But with two patterns, and maybe three, you get enough matches to keep everything lively.

Second warning: Some students start slapping all the time without reading. If you have one of these kiddos, then the rule becomes that if someone slaps two words that don’t match, the pile goes to their opponent.

Transforming Vocab Study into a Game A 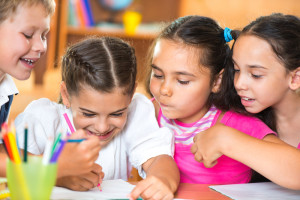 Have you played Pictionary recently? It’s a phenomenal way to review vocab with your kiddos. Put all the vocab cards faced down and take turns drawing a card, and then drawing it (Ha! get it? Drawing and drawing? Ah, I love homophone jokes…). One player draws a card secretly and then does a drawing to try to get the other player to guess it. You don’t need to keep points for this one, because it is cooperative rather than competitive; the point of the game is to get the other player to guess the word.

If your kiddo is having trouble getting the answer even after some adjustments to try to help them, introduce hangman in as a back up. I just draw it in right above my drawing, and then once s/he gets the word, we talk about what my drawing was supposed to look like. Make sure to laugh a lot with them over your attempted sword looking more like a fish or whatever hilarity generally ensues (or maybe that is just my art…).

Warning: it is tons easier to do concrete nouns and adjectives than any other verbs or adverbs. Also beware of abstract nouns, which can be a lot harder than you would think. Of course, you can discuss these differences with kids as an easy, zero-pressure way to review parts of speech.

Transforming Vocab Study into a Game B
(Thanks to Maggie Hughes for reminding me of this great option).

Charades is a natural and fun game to play with vocabulary. Again, put all the vocab words faced down and have one player draw first. They get up and act out the word, trying not to stop until the other player gets it. I use hangman as a backup for this one as well.

Same caveats apply here, except that verbs are easiest.

There you have it. Six fun games (plus variants) that take no prep work and little to no props. That should ease the transition out of winter break, for you and your students. 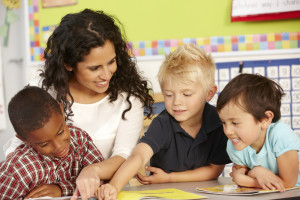