With Bullying, The Teacher Sets the Tone

With Bullying, The Teacher Sets the Tone

“Don’t worry that children never listen to you; worry that they are always watching you.” – Robert Fulghum

Bullying in school is rightly a topic of great concern these days. Not that it is necessarily worse than any other point in history, but with a recent spate of adolescent suicides, we are more aware than ever before of how damaging it can be, and how permanent the damage. Those of us who work with or raise children with learning disabilities are painfully aware that the risk of bullying is exponentially higher for kids with LDs. Thousands are spent a year on programs to teach children tolerance and empathy and to create a safe atmosphere in schools where all children feel accepted.

I have to admit that sometimes, the bullying originates from the teacher. Now, I’m not talking about the egregious, old-fashioned shaming, embarrassing school master immortalized in Pink Floyd’s The Wall. 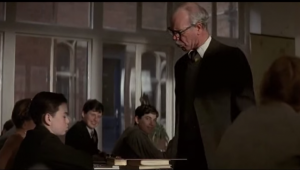 I’m talking about when otherwise caring, compassionate, well-meaning teachers let their annoyance or frustration leak out in subtle actions and attitudes that can unintentionally signal to the students which of them is an open target.

I’ve been there. Maybe a student hasn’t turned in homework in a week and when I ask him in front of the class (even though I know I shouldn’t) where his latest math sheet is, he says he forgot it, and I let my eyes roll and say dryly, “What a surprise.”

Then the third graders laugh at him.

This is the moment I wake up and suddenly feel like a 60-year old British schoolmaster yelling, “How can you have any pudding if you don’t eat your meat!”  I hastily tell the other kids not to laugh, that I shouldn’t have said anything and apologize to the poor kid. Yikes.

The good news is that with some forethought — and enough sleep and some deep breathing — we teachers can be a powerful weapon against bullying.

One year when I was teaching third grade, I had a girl who, I am sure, will be a Nobel Prize-winning poet some day, as long as she has a secretary who can turn  her poems in on time. This was one of the brightest, most creative and most executive-function-challenged students I ever met. I loved her. Sadly, a previous teacher had let herself be frustrated by the student’s challenges, rather than be charmed by her strength. She let her frustration seep through one too many times, so the other second graders joined in complaining about her and judging her. Before the school year even began, the student’s mother had spoken to me about how I handled bullying, and I had been warned by administration that I needed to keep an eye out for trouble.

Just spaced out, or writing the great American Novel?

About day three of third grade, the student’s desk neighbor tried to hand her the worksheet being passed around. She was off in her own world and didn’t notice a bit. The boy got frustrated and snapped, “Pay attention!” He turned to me and said, “Dawn is always so spaced out!”

“You know,” I said loudly enough for the whole class to hear, “Dawn is an author. She is probably going to write novels or poems when she gets older, and we’ll all be able to say we knew her in third grade! But, because she’s always writing in her head, she looks distracted. So, if you try to give her something and she doesn’t notice, just know she’s writing some story in her head, and patiently ask her again.”

Thoughtful silence settled on the room as the other students considered this amazing talent in our midst.

Did Dawn suddenly become a social butterfly with whom everybody wanted to play at recess? No, she continued to wander the perimeter of the playground whispering stories to herself during recess, and most of her social time was spent with younger kids who were happy to let her direct them in their roles in her dramas. But the class did take a more respectful and tolerant tone with her. I never had to intervene in any bullying of her. The class stopped picking on her the many times she was distracted and not quite on the same page as the rest of us. After all, the page she was on might be in her own novel, and who wanted to interrupt that?

*The children’s names have been changed.